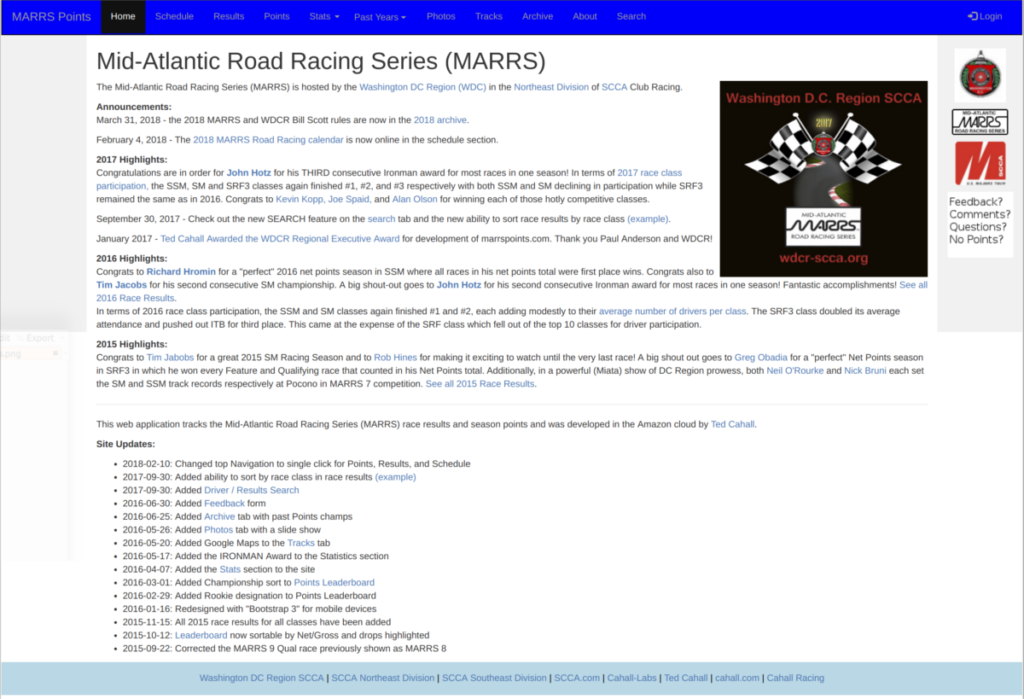 It looks like my bother Bob and I will be at MARRS 1.  I am pretty psyched to get back in the car after a year off.

In absence of the real thing, I have spent some of my time making changes to marrspoints.com.  I made a ton of SEO improvements as well as some features to allow tracking the bracket racing live.  I also worked on the WDCR Bill Scott Championship points tracking.  However, I just learned that the rules now include the Feature Race of MARRS 8 (but with Qualifying points).  If you want to see a sneak peek at what the 2017 leaders would have been for this series – sans the MARRS 8 race, you can see it here (without the SEO improvements to the URLs at this point).  I guess I have until MARRS 8 to get that race included in the point totals!

I am looking forward to seeing the folks at the track.  Especially Lin Toland who recently tangled with a robot and won.  I hope you can make it out to the track Lin!